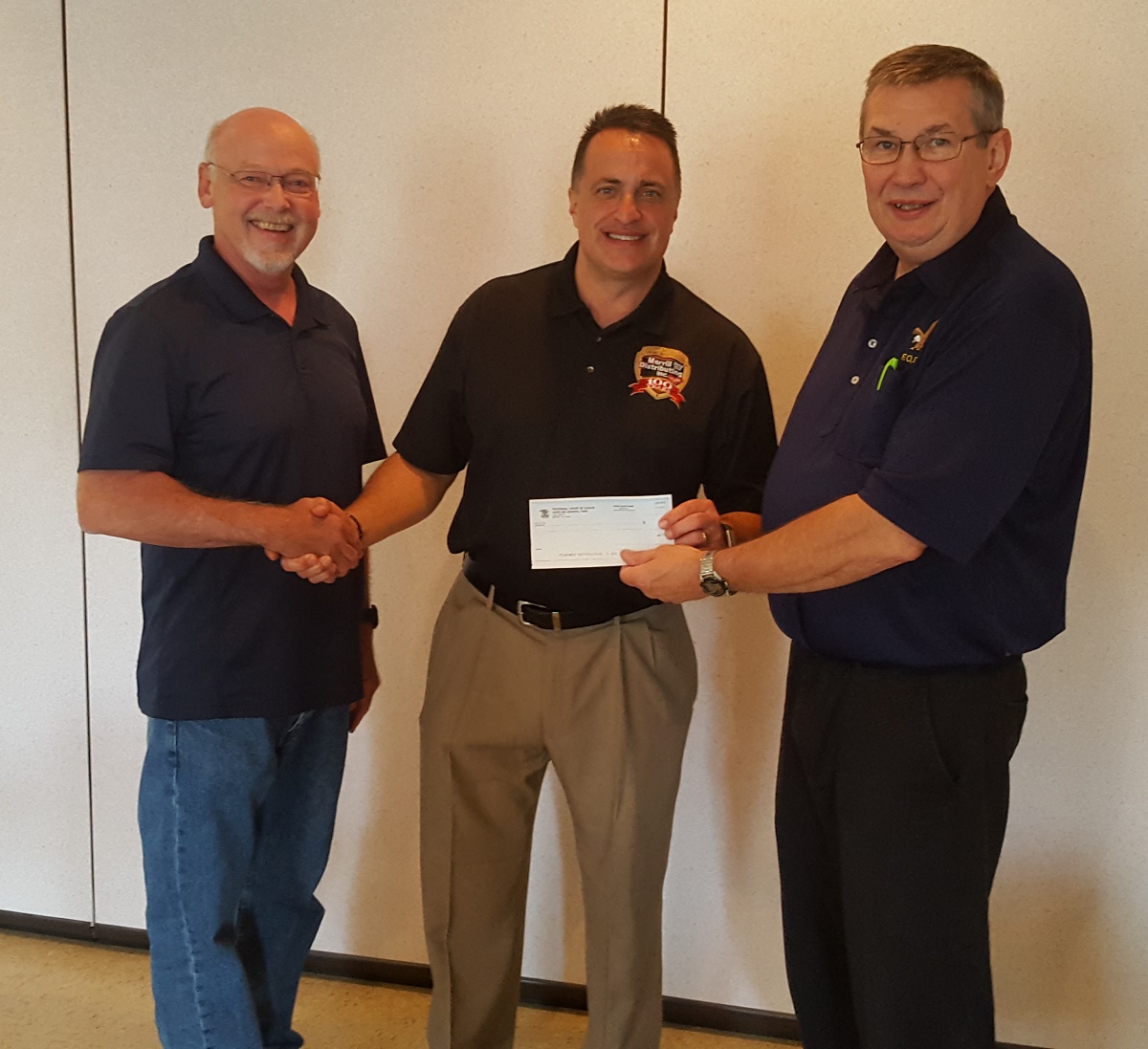 The Merrill Eagles Club continues to support Victory Lane after their Fire on August 26th 2017. 20% of the Income from the Golf banquet held at the Eagles Club, was donated to Making Dreams Come True of Lincoln County. Presenting the check to Owner Dave Leopold (middle). On the Left Is Bob Grusnick, President of the Merrill Eagles and Right is Scott Doerr, Manager and Secretary.

On Saturday August 26th Scott got a call from Wendy Dinges from Victory Lane asking if the Eagles Was available to hold the banquet after Golfing at the Merrill Golf Club. The Eagles was available and Scott Immediately started making Phone calls to cook and serve the banquet.

Scott was in Manitowoc for another Golf Tournament. Scott called Barb Middlestead one of the Auxiliary Cooks and asked her to order food and seek some help. After Barb started to order, Dave Leopold called Scott and told him we could get what we needed from Merrill Distributing. Scott called Barb back and found out she had help to serve the Banquet. The food was brought in. Mabel Fromfeld, Dave and Sandy Sherfinski and Bryan and Linda Plautz Helped prepare and serve the Banquet. Those just mentioned along with Barb, volunteered their time. The Eagles also donated use of the facility. Dave Leopold was insistant on paying for our costs. Wendy Dinges also the bookeeper at the Eagles volunteered to tend bar and one of Victory Lane's Cooks also assisted.

The Eagles are "People helping People" and on that Saturday the Merrill Eagles did just that! "I am so proud of all those that stepped up to help out during this time of need, and having the resources to get everything done on short notice" Stated Doerr. 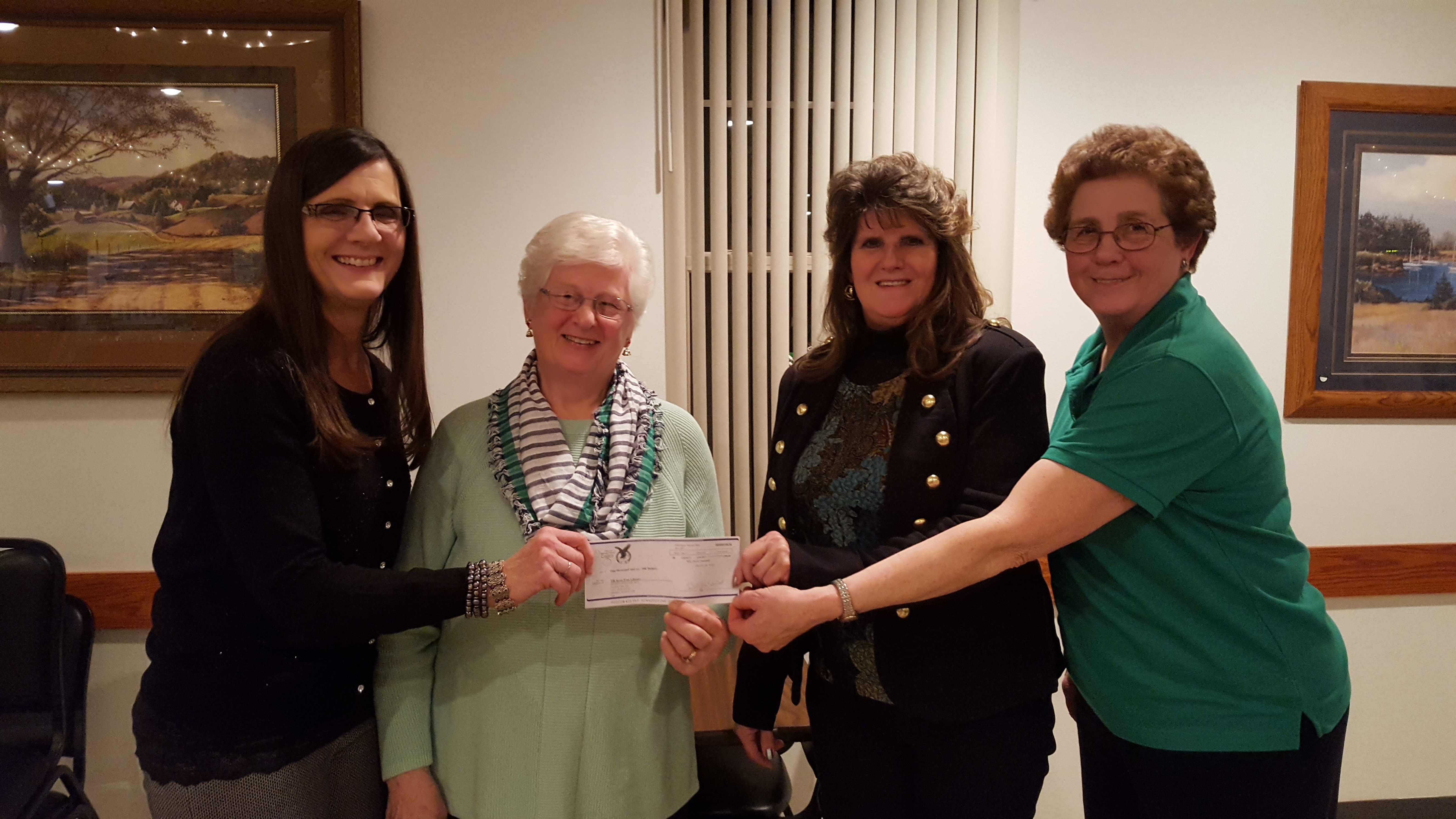 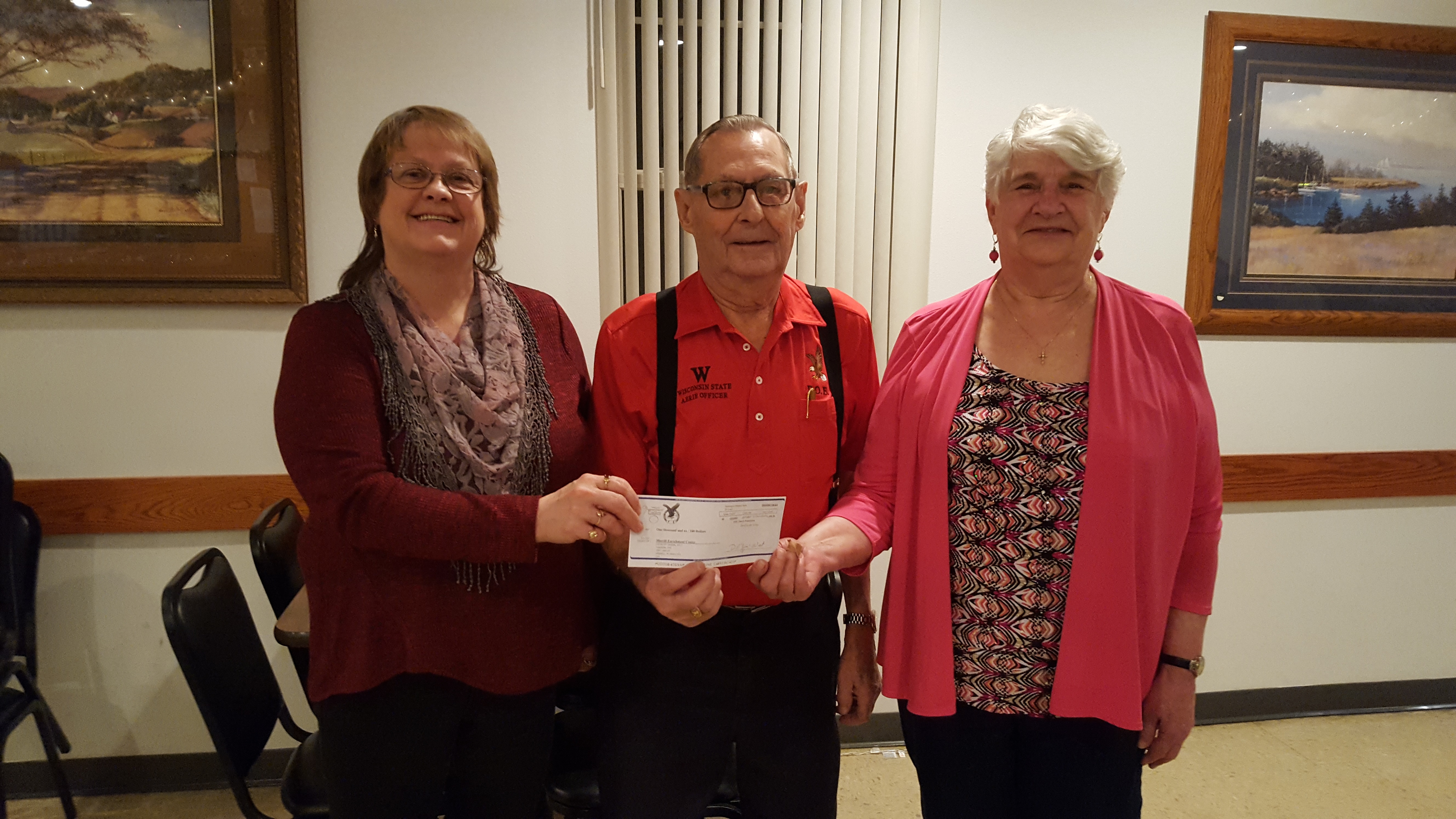